How to be a good FIFA gamer 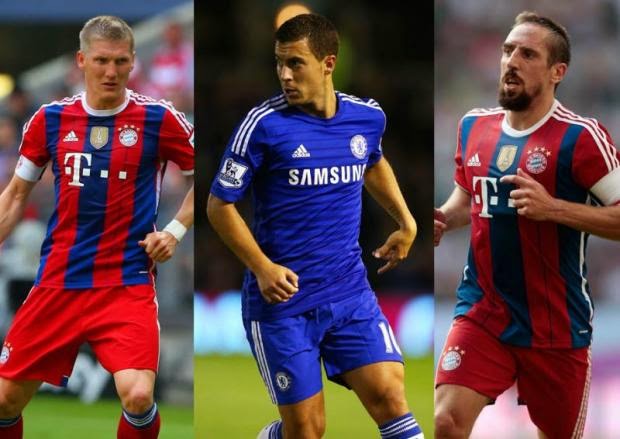 In this article, you will learn some tips to help to be a better gamer in FIFA 15 ultimate team.

Unless you are presented with fast counter attacks, you will mostly need to attack with tactical and thoughtful built up play. Attacking intelligence has been better in FUT 15. Your teammates get to the space as well as make clever run better than what used to be in previous version.

Don't rush the attack. It is really hard to break the organized defenses down. It is easier to keep possession by passing this ball around and frustrate the opponent to wait till they get impatient and then draw their defenders out of their position.

With every FUT 15 element out of control, shooting and passing inconsistencies, impact engine bundle, first touch error, AI defends for players etc, it is easy to be wound up when playing this game.

These things would make for the realistic game of the virtual football while they could frustrate you when everything isn't going as you wish. It is very important to be calm. If you were wound up, you will begin to play differently. You will begin diving in for defending and forcing the attack. You will play into the opponents' hands. Just relax. You should realize that not each time you will win the match and the main point is to enjoy playing this game.

You should learn some skill moves. I am surprised that so many people didn't ever make use of any skill move when I was playing this game. On other end of scale, you came across with the people who are not so effective to spam completely. I have usually said that there is the time and place for skill move in FUT 15 and when containing defending was very effective to cope against skill, there are always the times you get your opponents on back foot so they are not composed enough to contain.

For example, when you are on fast counter attacks, you are in the box of your opponents. Sometimes the skill moves could give you enough space and time to gain good angles for shots.

You will notice that you a ton of penalties by performing skill move in the penalty area of your opponents. 2 easy and basic to learn while extremely useful skill moves are roulette and fake shot. You will just need a 3 star skill player for performing the roulette.

Obviously there are many more skill moves. All of them are very effective in some specific conditions. You will be more effective if you know more. One thing that I highly recommend is avoid just learning one skill move. Make sure that you have learned how and when to use them so as they could be effective.

Here you have the basic tips to play the fifa 15 better.Christmas is coming around the corner,it is a very big event for FIFA.FIFA coins will be no doubt in great demand,if you want to get cheap fifa 15 coins fast and safe then you can't miss fifa15-coins.com.
发帖者 Unknown 时间： 下午10:13